“The grace of the sky means that in rare moments of inspiration, beyond his control, art is born unconsciously from the work of his hand, but the foundation of a good craftsman work is essential to every artist.”Walter Gropius 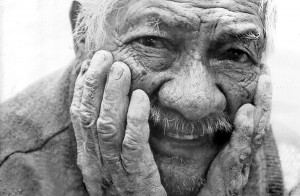 Don Valente Pánfilo Nieto Real, Juventino Nieto and Rosa Real son. An artisan that keeps on doing history, He began to work on Black clay since he was a child due to the constant need to help their parents to have at least something to eat. From the very beginning this craftsmanship was not decorative, it was more like a way to transport and store liquid material and at the same time this liquid materials was being sold in the market for a very cheap Price, Therefore mister Valente and his family were forced to seek or find a solution to increase the value of crafts, this solution is a peculiar technique that consist in rubbing with a quartz stone the surface of the piece, and because of this process the piece gets totally smooth and shiny; This technique was called “bruñir” it means to burnish. 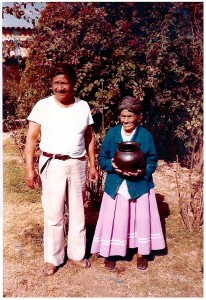 Mister Valente learns and reinforces this technique by watching their parents, practicing at least 6 hours per day, the rest of the day he was taking care of his farm animals; but then where is his childhood? his childhood was completely dedicated to the development of his designs, designs that according to him were obtained in dreams, and he captured those dreams in many vessels. Mister Valente redefine the techniques and over the years Mister Valente obtains to much experience and realized that his creativity has no limits and manages to apply a new technique in black shiny clay that he called “hoja de oro it means gold leaf” This technique involves the application of gold leaf on the surface of the workpiece, achieving and highlighting the engravings or prints of the crafts with a simple and beautiful technique. 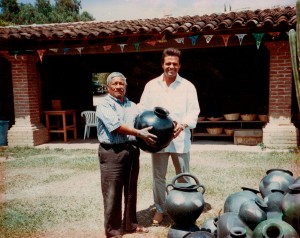 At his workshop arrived some important personalities, that Mister Valente always received with kindness and charisma showing them the amazing legacy of pottery that he and his parents had achieved. Mister Valente participated in many exhibitions, nationally and internationally,, highlighting the participation in the exhibition called “30 Centuries of Mexican Art” in the city of New York, and he has also won awards in the state level national and international. The June 23, 2010, at the age of 81 years Mister Valente passed away peacefully and with the tranquility of leaving a legacy of what today is characteristic of the culture of Oaxaca. This company is built on the pillars of knowledge and awards and for that has won the respect it deserves. 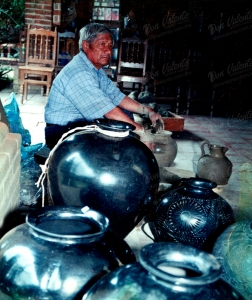 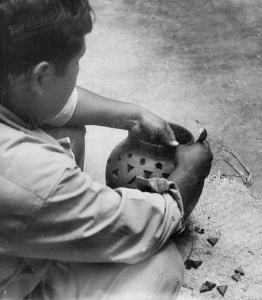 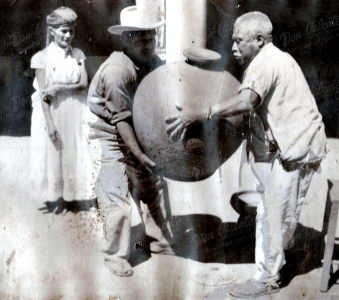 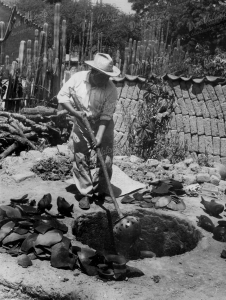 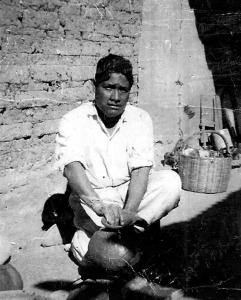 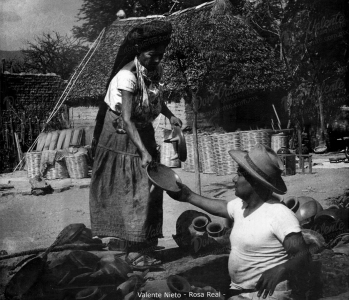 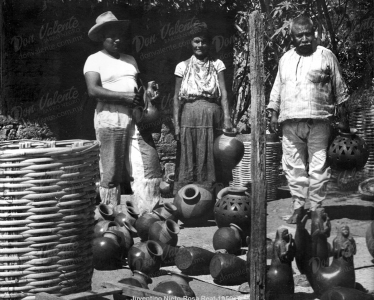